Have you ever felt as though you are one big disaster? Perhaps you have fallen in your spiritual walk with God and 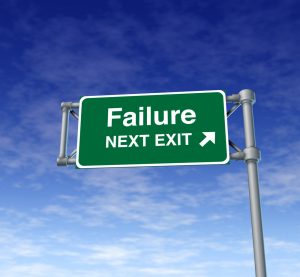 just can’t seem to get back on your feet? Maybe you have even made a big mistake, and in the worlds’ eyes you would be considered a failure. Can I tell you that you are not alone. The Christian life is full of ups and downs, and everyone from time to time feels as though they are failing at this thing called life.

One of the wonderful things about the Bible is that God’s Word does not only chronicle the highlights in the lives of It’s characters. In fact, many of the ‘heroes of the faith’ as we call them have some very dark moments which are recorded for us in the Scriptures.

Romans 15:4 reads: “For whatsoever things were written aforetime were written for our learning, that we through patience and comfort of the scriptures might have hope.” This verse tells us that the Old Testament stories that so many of us learned about in Sunday School were in fact written to give us comfort and hope! One such story comes to mind of someone who could be considered one of the biggest failures in the Bible.

The life of Moses is full of many miraculous stories of how God did wonderful things for His children as they left the land of Egypt in pursuit of the Promise Land. However, in one account in the book of Numbers we see Moses disobeys God’s command and Moses learns the hard way how important it is to obey God’s word.

Numbers 20:1-12 “Then came the children of Israel, even the whole congregation, into the desert of Zin … And there was no water for the congregation: and they gathered themselves together against Moses and against Aaron. And Moses and Aaron went from the presence of the assembly unto the door of the tabernacle of the congregation, and they fell upon their faces: and the glory of the Lord appeared unto them. And the Lord spake unto Moses, saying, Take the rod, and gather thou the assembly together, thou, and Aaron thy brother, and speak ye unto the rock before their eyes; and it shall give forth his water, and thou shalt bring forth to them water out of the rock: And Moses and Aaron gathered the congregation together before the rock, and he said unto them, Hear now, ye rebels; must we fetch you water out of this rock? And Moses lifted up his hand, and with his rod he smote the rock twice: and the water came out abundantly, and the congregation drank, and their beasts also. And the Lord spake unto Moses and Aaron, Because ye believed me not, to sanctify me in the eyes of the children of Israel, therefore ye shall not bring this congregation into the land which I have given them. “

In the above account we see that because of Moses’ disobedience, God would not allow Moses to enter into the Promised Land. You might be thinking – how is this suppose to give me hope and comfort? Moses made a mistake, in the world’s eyes, Moses is a failure. However, it is not the verses above that give us comfort regarding the life of Moses. Joshua 1:1 tell us something very significant about how God views Moses’ failure.

Joshua 1:1a “Now after the death of Moses the servant of the Lord…” Of all the things God could have put here about Moses, He simply says “the servant of the Lord”. Moses was to lead the children of Israel into the Promise Land! Moses had received his life’s calling, and in one moment of extreme anger, he lost his chance to fulfill it. In anyone else’s eyes that would constitute Moses a failure. Seeing as God always has the last word, God could have chosen to say anything He wanted to about Moses, and God says only good.

Failure does not change how God feels about you!

Sometimes you may feel as though what you have done has caused irreversible damage and hurt, and perhaps it has. But the end of Moses’ life reminds us that we still can have purpose and we still can go on knowing that God does not define us by our failures. Our God does not throw us in the trash can as soon as we make a mistake. You see, the God of the Bible, the God of the universe, the God that created you…He loves you more than you could ever comprehend.

So, you made a mistake. Just because you failed doesn’t make you a failure. Get back up. God has so much more in store for you! And at the end of your life, when God has the final word, perhaps it will be said of you that you were a “servant of the Lord”!